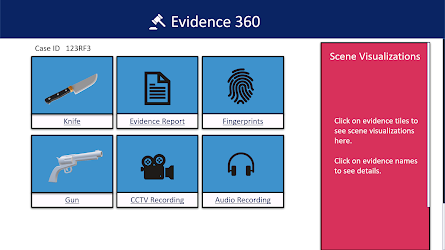 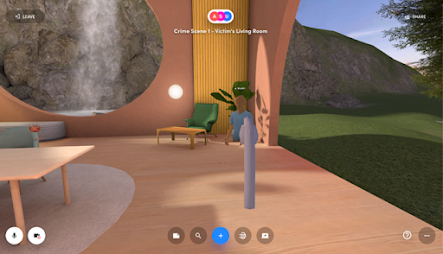 In 2020, an unexpected precedent was set where physical work environments were expected to transition into a virtual one, and while this transition was easy for certain professions, a courtroom was not one of them.
There are multiple reasons why having a virtual courtroom is a difficult task. Capturing emotion and body language along with providing capabilities for side bar conversations between different members of the trial is difficult through a virtual environment. However, the biggest concern is sharing physical evidence. Even in a physical environment, sharing physical evidence with jurors can be challenging, as not all evidence is easily accessible to the jurors. However, using state of the art affordable technologies like VR/AR headsets and 3D rendering, sharing evidence can be done in a more realistic manner.
The prototype of our project was built using spatial.io and visualized using Occulus rift. With spatial.io we were able to 3D render a crime scene along with the associated evidence in a virtual reality plane. With this ability, the jury will be able to easily examine the evidence, explore the crime scene and have more information at their disposal, to form the final opinion regarding the verdict of the case. 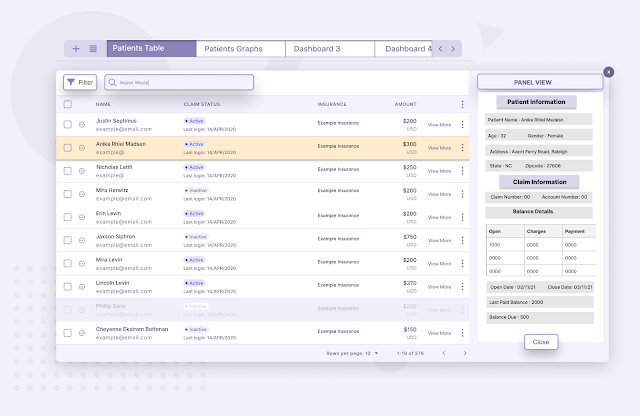 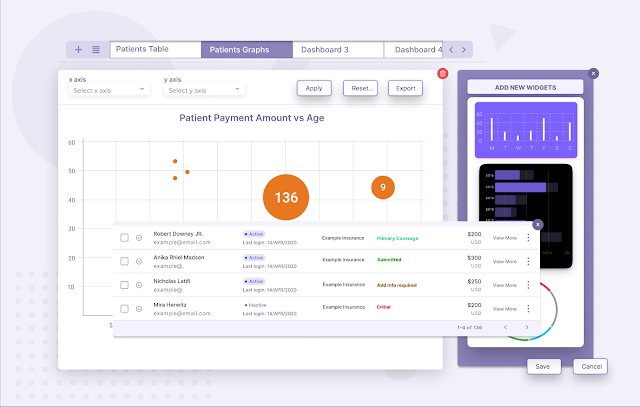 Description
Optum being an insurance firm, deals with insurance reports which is a very cumbersome to review and approve any changes manually. The amount of data is very overwhelming to deal with. Optimum here is a product that will help agents visualize reports better by providing an interface to create visualizations, compare and contrast between them. The list view provides a support of panel view for records which shows detailed information about individual patients' report and also a feature of in line editing of record without redirecting to another page. Product also provides support for complex filtering options to get a more targeted view of claims. Dashboard has a visualization view in which user can navigate between various options and select parameters to view. The graphs are user interactive where every data point provides detailed information. Records can be assigned tags which is significant in grouping them. Overall, optimum aims in enhancing the user experience of claim adjusters in claim approval process.
Team Member
Dani Hove
Kratika Motwani
Sai Karthik Vadrevu
Sanoli Dusa
Venkata Sai Teja Malapati
Deliverables
Stage Reports

Optum is a healthcare provider that aims to create a healthier world for everyone. Optum Patient Intake is an application that enables patients to conveniently fill out an intake form and book an appointment. It eases the process for the patients and also enables the physicians to focus primarily on the patient. We aim to make the process easier for people with all reading abilities by utilizing pictography whenever possible. The application provides the features of fetching details of the patient directly through the insurance cards making it easier for the patients to provide their details. Then the application contains chatbot feature which enables the patient to book their appointment, get basic details, select the doctor with specific specialization. In other words it guides the user through each step so that we can help a wider range of age groups. Overall we tried to make the process of booking an appointment easier for as many people as we could.