Interesting work though I have to think bras are the wrong place for sensors. Really? 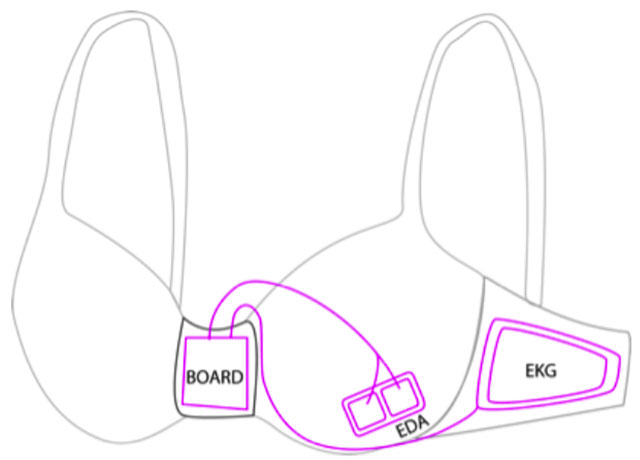 Microsoft researchers have developed a bra-mounted sensor system that measures boob sweat and heart activity in order to detect emotional triggers for overeating.

The research is based on the idea that people eat not just when they are hungry but also for a host of emotional and habitual reasons. The goal was to provide a system that could intervene before the person turns to food for emotional support.

Microsoft researchers teamed up with colleagues from the University of Rochester and the University of Southampton to develop a range of interventions that go a step further than activity trackers such as FitBit and Nike's Fuelband. In their paper, the researchers mention other systems that have been developed that include heart rate monitors, earpieces to track chewing and swallowing, and augmented reality glasses to capture the food consumed.